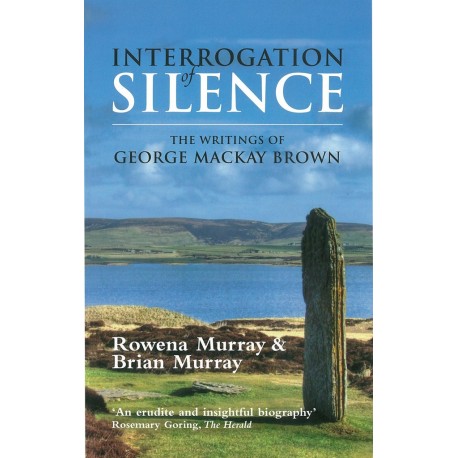 Interrogation of Silence: The Writings of George Mackay Brown

The first book to offer a comprehensive study of George Mackay Brown's work.

By Brian Murray and Rowena Murray.

George Mackay Brown was arguably Scotland's finest poet and writer of the twentieth century. He spent much of his life at home in Orkney, where he wrote and published extensively.

He was awarded the James Tait Black Memorial Book Prize in 1988, and was shortlisted for the Booker Prize and won the Saltire Society's Scottish Book of the Year in 1994. He died in 1996, having published over 40 works, including poetry, plays, novels, short stories, essays, children's books and his autobiography.

Surprisingly, given George Mackay Brown's wide readership and acclaim, this is the first book to offer a comprehensive study of his work, taken as a whole.

Brian and Rowena Murray chart the development of Brown's ideas and style, through description and analysis, identifying phases in his work, including comparative study of versions of key works.

They demonstrate Brown's remarkable gifts exercised in pursuit of 'The poet's true task', taking the writer's frequent references to his quest for silence and repeated revisions of even published and well received work, to reflect his enduring concern to achieve perfection of form and expression.