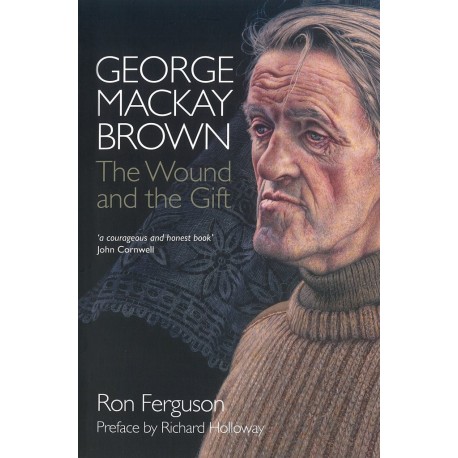 George Mackay Brown: The Wound and the Gift (PB)

In this highly acclaimed biography, Ron Ferguson tracks his friend's literary and spiritual journey, including his controversial move from Presbyterianism to Roman Catholicism.

Enigmatic - mysterious - intriguing: George Mackay Brown was a notoriously private man. He rarely left his native Orkney, and yet became one of the 20th century's finest poets and prose stylists.

In his prolific writings, George Mackay Brown's spirituality and his love of the wind-scoured island landscape fused to give us some of the most beautiful poetry and prose in the English language. His work is shot through with glimpses of the divine.

Roy Ferguson, who was described by George Mackay Brown as 'a true craftsman in literature', tracks with curiosity and passion, his friend's literary and spiritual journey, including his controversial move from Presbyterianism to Roman Catholicism. He explores the darker, more tormented, side of Orkney's Bard and uncovers the intense relationship between alcohol, suffering and creativity.

This is a riveting journey. Along the way, the author is forced to question some of his own assumptions. And the reader is swept along on a literary and spiritual voyage of discovery that compels to the very end.

Weaving a brilliant, enriching narrative, the author draws extensively on the poet's writings, unoublished letters, conversations with the Bard's friends and many well-known writers.