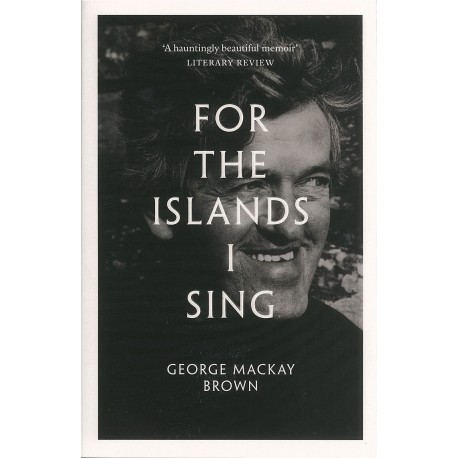 For The Islands I Sing

George Mackay Brown takes an honest look at himself in this touching memoir.

George Mackay Brown was born the youngest child of a poor family in Stromness; his mother was a beautiful Gaelic-speaking woman, his father, a wit and singer, who also doubled as a postman and tailor.

Orkney was profoundly important to Mackay Brown - the island's community, history, folklore, language and natural cycle of life are at the very heart of everything he wrote- and, apart from a few years studying at Newbattle Abbey and the University of Edinburgh, he rarely left the islands.

George Mackay Brown takes an honest look at himself in this touching memoir, which was posthumously published in 1996, according to his instructions. By that time he was widely acknowledged to be one of the greatest poets and short-story writers of his time.