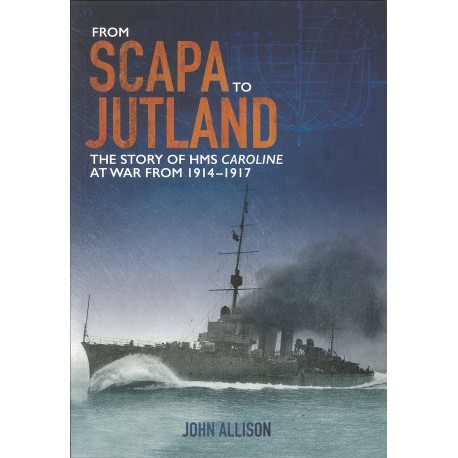 This book focuses on the 'Caroline's' early career, chronicling her conception, birth and the role she played in the 4th Light Cruiser Squadron as part of the British Grand Fleet. It looks at her routine participation in contraband control and the blockage of Germany, undertaking regular North Sea patrols, and later on convoy screening. Most dramatically 'Caroline' served in the intense Battle of Jutland, the only major naval action of WW1, from which she remarkably emerged safely while observing the loss of many ships and men.

Aided by maps and illustrations as well as entries from the ships log and personal diary of captain's steward, Albion Percy Smith, we journey with the 'Caroline' from home waters in Scapa Flow to the thunder of naval battle at Jutland.