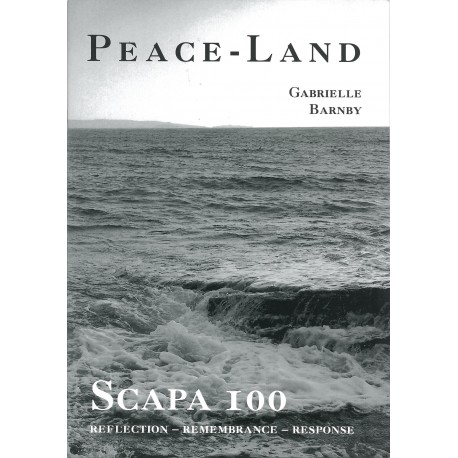 'Peace-Land began as a response to the centenary events held in Orkney marking the First World War armistice. It grew out of my experience of witnessing how a community remembers war while conflict still continues elsewhere. It grew out of my wish to remember the uncommemorated who have died as a result of conflict, but who never fought or wanted to fight. Finally, it grew out of a wish to make a statement of peace.

A hundred winters have passed since the internment of the German High Seas Fleet in Scapa Flow. Agreement over the fate of the Fleet would ultimately never be reached, forestalled by the dramatic acts of its officers and crew in June 1919.

These verses reflect upon time spent waiting for the conditions of peace to be negotiated, both then and now. Written over the course of six months they are a testament to forbearance as days and seasons pass, to hope and despair, and to the fleeting moments that seem to make life matter'