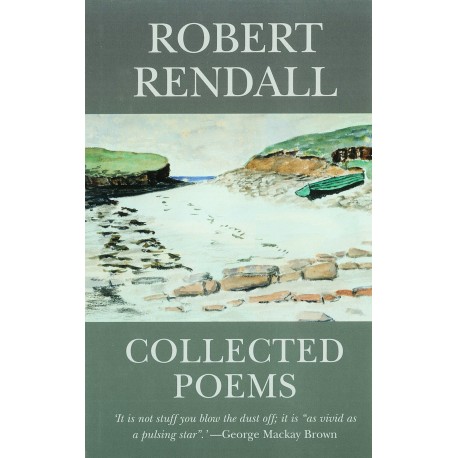 Although Robert Rendall was one of Orkney's most highly regarded poets, his poetry has been hard to obtain for many years.

This Collected Poems contains all the poems from his four published collections and also many poems which were published in newspapers or only in manuscript form. For the first time readers will be able to appreciate the true breadth of Rendall's poetic work.

It it extraordinary that a poet of such high endeavour and achievements has never been reprinted. It can't be allowed to continue, surely. We can't deprive young Orcadians of such life-enhancing rare delights.

I can already - and not before time - detect a reviving interest in the work of this modern poet. It is not stuff you blow the dust off; it is "as vivid as a pulsing star". It is an inheritance for all Orcadians, especially the young. It tells us islanders what we truly are' George Mackay Brown.

16 other products in the same category: