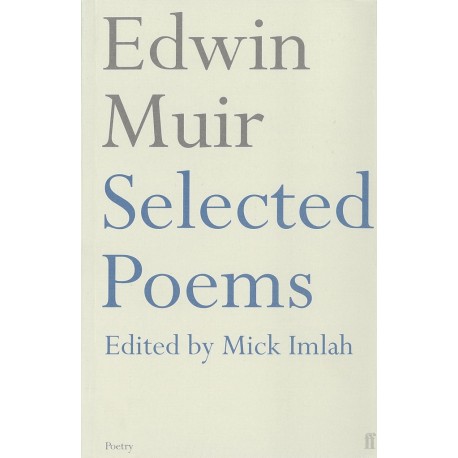 Born on the Orkney island of Wyre in 1887, Edwin Muir spent his early years in the idyllic setting of his father’s farm, until the family were forced by rising rents to move to Orkney’s mainland, and then, in 1901, to Glasgow. Muir worked in a number of menial jobs and became engaged in left-wing politics. His first book, a volume of essays on society and the arts, entitled We Moderns, was published in 1918. Throughout the 1920s and 1930s, and again after the war, he settled in various parts of Europe - notably Austria and Czechoslovakia - closely following developments in modernist European literature, and producing, with his wife Willa, the first translations into English of Franz Kafka. He died in Cambridge in 1959.

Muir’s poetry bears oblique witness to the most traumatic years and events of his century, and is haunted by the symbolic ‘fable’ which he longed to find beneath the surface ‘story’ of mere events, as he came to terms with his own nature amid the terror and confusion of the European maelstrom. As Seamus Heaney has written: ‘Muir’s poetic strength revealed itself in being able to co-ordinate the nightmare of history with that place in himself where he had trembled with anticipation . . . His simultaneous at-homeness and abroadness is exemplary.’

Mick Imlah’s new selection represents a thorough revaluation of Muir’s poetic achievement, perhaps the first of its kind since T. S. Eliot’s admiring selection of the work was published by Faber in 1965.

12 other products in the same category: