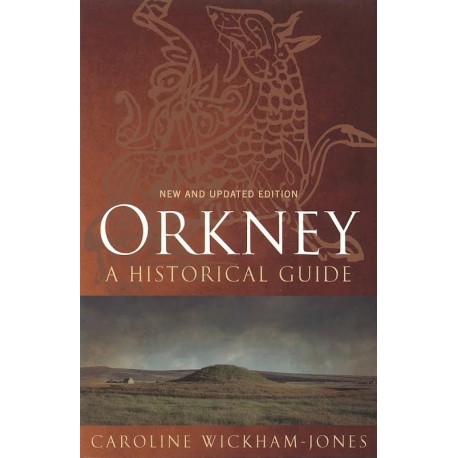 A new and updated version of Orkney: A Historical Guide by Caroline Wickham-Jones.

Orkney lies only 20 miles north of mainland Scotland, yet for many centuries its culture was more Scandanavian than Scottish. Strong westerly winds account for the scarcity of trees on Orkney and and also for the tradition of well constructed stone structures. As a result, the islands boast a large number of exceptionally well-preserved remains, which help us to form a detailed picture of Orcadian life through the ages.

Sites and remains to be explored include settlements from the Stone Age, stone circles and burial from the Bronze Age, Iron Age Brochs, Viking castles, the magnificent St Magnus Cathedral in Kirkwall, Renaissance palaces, a Martello Tower from the Napoleonic Wars and numerous remains from the Second World War.

Caroline Wickham-Jones has updated her best-selling book to take advantage of recent research. There are many new entries together with new maps featuring major sites from early prehistory to the twentieth century. The re-written text introduces the history of the islands and provides a detailed survey of the principal places and sites of archaeological and historic interest.