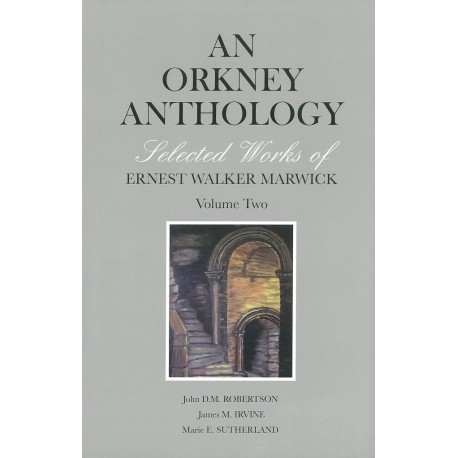 A compilation of the work of the distinguished Orcadian writer and folklorist, Ernest Walker Marwick.

Orkney's history, folklore, language and way of life are skilfully recreated in this outstanding collection. The Anthology draws together a wealth of fascinating material from journals, newspaper articles, and broadcast strips, and includes much previously unpublished writing.

Ernest Marwick combined research into archives and oral tradition in a blend of styles. Both serious analytical articles, and the more anecdotal light-hearted pieces, will reward the student and the interested layman alike.

The second volume of this Anthology has been meticulously and sympathetically edited by John Robertson, James Irvine and Marie Sutherland. They have extended the scope of the many themes of Ernest Marwick's work introduced in Volume One, and again provided extensive, well-researched footnotes on historical and linguistic details as well as the provenance of each article, adding updating where appropriate.