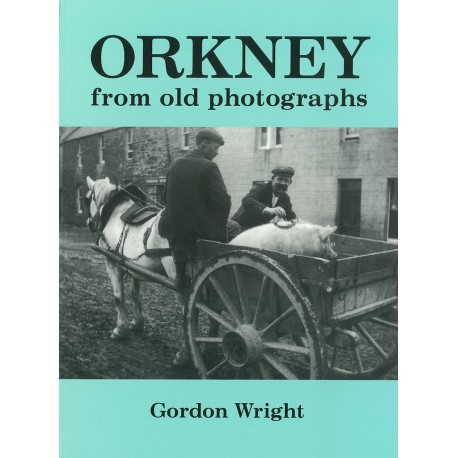 A reprint of Gordon Wright's book of photographs, documenting life in Orkney between from 1860s to the 1930s.

The many islands of Orkney are known as places of beauty and tranquillity. In some ways they offer a refuge from the more stressful way of life on the British mainland. But Orcadian life in the past was harder than today: the land was tilled by toil and sweat, and fishermen braved the changeable sea in their dark-sailed boats.

Although much has been written about Orkney in those bygone days, there is nothing quite so effective as a good variety of old photographs when it comes to bringing the past to life.

Thanks to the pioneers of photography represented in Gordon Wright's selection of images, we are able to gain a fascinating insight into life in the Orkney islands from the 1860s to the 1930s.

These decades were times of great change in Orkney, and these photographs bear witness to developments such as the mechanisation of farming, and events such as the herring boom of the late 19th and early 20th centuries, which brought employment and prosperity to the islands.