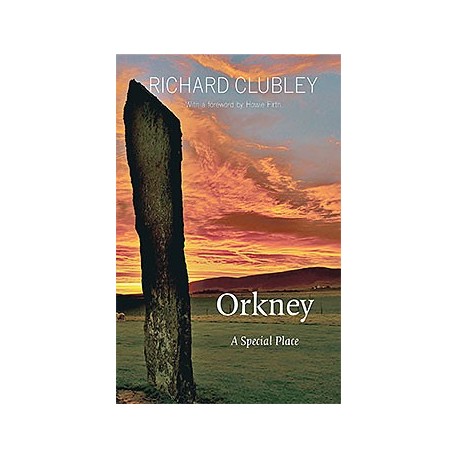 Richard Clubley loves Scotland's islands, but it is Orkney that has stolen his heart... Here he portrays them with stories he gathered from interviews of many local people, delving into the secrets of the islands.

Spending seven months in Orkney during 2015 and 2016 to delve into the secrets of the islands, Richard Clubley was keen to get as many local views as possible.

He gathered interviews with lighthouse keepers, farmers, archaeologists and climbers - and many more! On dreich afternoons during the short days of winter, Richard ate home bakes with locals and recorded their memories. It was at one such hearth that someone said, 'You know about so-and-so of course, you come to Orkney all the time, so how could you not know?'. Richard didn't know.

While there are still a lot of unearthed stories hidden in Orkney, Richard has collected a fair few in this beautifully illustrated book.

Richard Clubley loves Scotland's islands, but it is Orkney that has stolen his heart. In this book, he portrays the northern Scottish islands fairly and honestly, with stories that even Orkney locals may not have heard before. Travellers from elsewhere will be charmed by Richard's descriptions of the Orkney landscape and way of life.