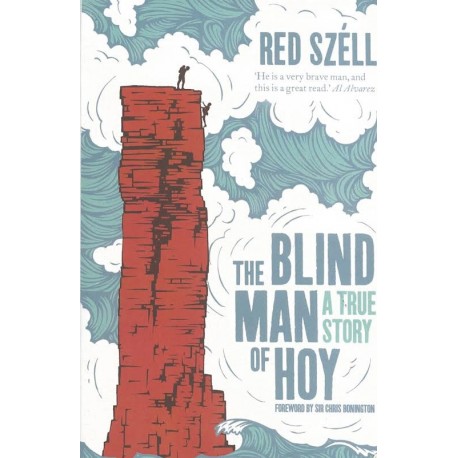 The Blind Man Of Hoy.

A true story of courage and bravery.

The Old Man of Hoy is a 449 foot high sandstone pillar located just off Hoy, second largest of the Orkney Islands. Highly subject to the North Atlantic weather it was carved by erosion from the nearby cliffs and will eventually, perhaps soon, collapse into the sea. It was first climbed by the crack team of Bonington, Baillie and Patey in 1966 and remains one of the premier challenges of British rock climbing.

From the moment he watched the televised ascent of the Old Man of Hoy, Red Szell knew his life would be incomplete until he stood atop Europe's tallest sea stack. Those dreams went dark at nineteen when he learned he was going blind, and for twenty years he ignored the pangs of regret and desire every time the Old Man appeared again in his life. He was still climbing, but only indoors until he shared his dream with his buddies, Matthew and Andres, and, with an ever growing following looking on, they set out to confront the Orcadian giant.