> Orkney Life and People>Regulations Must Be Observed! 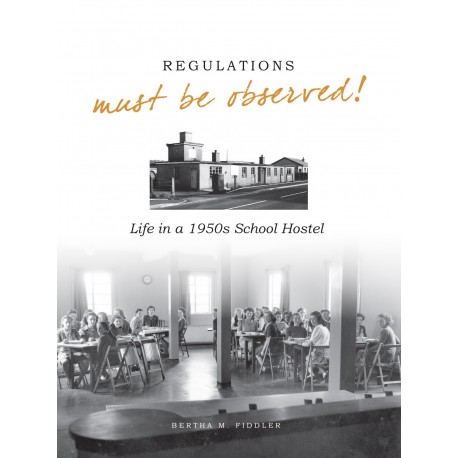 Regulations Must Be Observed!

Life in a 1950s School Hostel as remembered by Bertha M Fiddler.

Bertha Fiddler lost her mother at an early age and was only eleven years old when she left home on Stronsay to attend school in far-away Kirkwall, Orkney's principal town.

She was one of mant similarly-aged children who had to leave their friends and families and friends, for months at a time, to build on the basic education they recieved at their small island school.

They stayed in "digs" but in the late 1940s ex-wartime barracks were designated a "girls' hostel" by the education authority. The Orkney Herald published a glowing description of the girls' new "home" but the truth was very different...at best, the hostel was basic and austere, but in reality it was badly managed and some areas were filthy and unsanitary.

The girls made the most of it and tried to create a happy environment but conditions deteriorated to such an extent that Bertha bravely confronted the director of education himself to lobby for improvements.

Today, youngsters from the outer islands still have to leave their families and come to Kirkwall to further their education but now they enjoy modern, clean amenities and return home every weekend.