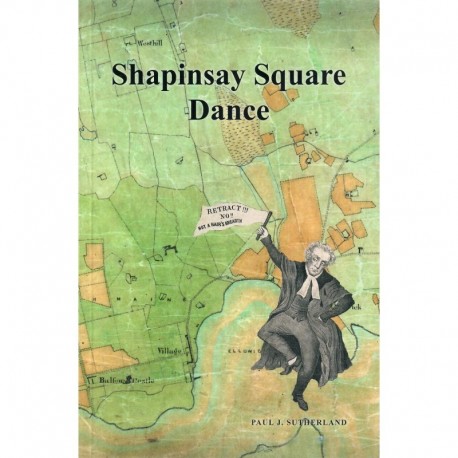 The Shapinsay Dancing Affair. The vivid tale of a pivotal moment in Orkney's age of improvement: when David Balfour, the new laird of Shapinsay in 1846, contested the elders of the island's Secession Churches decision to discipline their flock for participating in the 'sinful' dance he gave.

'Gomorrah and Sodom have ten times the chance, of Shapinsay sinners who venture to dance.

In October 1846, just before setting off on a continental tour to collect works of art for the castle he was building, the new laird of Shapinsay, David Balfour of Balfour and Trenaby, gave a dance for his harvest workers. But dancing was a sin, said the elders of the island's Secession Chursh, and they disciplined several of their flock for having taken part. Outraged, the laird demanded that the elders apologise or be evicted.

Yet this was more than just a question of religious conscience versus a landlord's pique, for revolutionary change was in the air. Balfour and his factor, Marcus Calder, were redrawing the map of Shapinsay farm from one end to the other with square fields, new farms and a new type of farming. They left no room for opposition. The dancing affair became, in Calder's words' a trial of strength as to whether the laird or the Secession elders were vested with the greater authority in the parish. There could only be one winner.

Shapinsay Square Dance tells the vivid tale of this pivotal moment in Orkney's age of improvement.