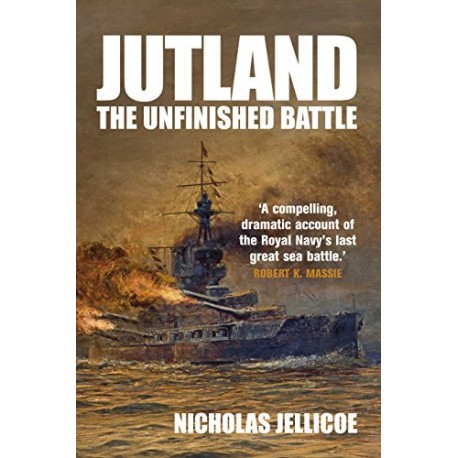 More than one hundred years after the battle of Jutland, the first and largest engagement of Dreadnoughts in the twentieth century, historians are still fighting this controversial and misunderstood battle. What was in fact a strategic victory stands out starkly against the background of bitter public disappointment in the Royal Navy and decades of divisive acrimony and very public infighting between the camps supporting the two most senior commanders, Jellicoe and Beatty.

This book re-tells the story of the battle from both a British and German perspective based on the latest research and traces the bitter dispute that ensued in the years after the smoke of war had cleared - what became known as the Jutland Controversy.

Nicholas Jellicoe is uniquely placed to tell this story, as the grandson of Sir John Jellicoe who commanded the Grand Fleet at Jutland and was famously described by Churchill as 'the only man who could have lost the war in an afternoon.'

Widely hailed when first published, this new paperback edition has been completely revised and offers the best and most balanced account of the battle available and can be read alongside the author's interactive website.