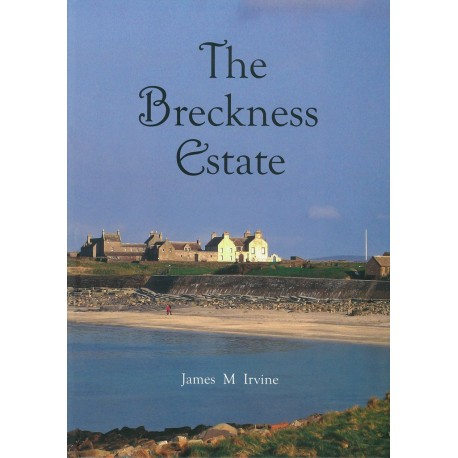 This ambitious and comprehensive study draws on over 18,000 surviving documents as well as public records and personal recollections to trace the history of the Breckness Estate, which was founded in the 1620s.

The Breckness Estate borders much of the exposed west coast of the Orkney Mainland, and hosts an RSPB reserve, several SSSIs, and part of a National Scenic Area and European Special Area of Conservation. It is also hosts the World Heritage site of Skara Brae, as well as many other Neolithic, Bronze Age, Iron Age and Norse settlement and funerary sites.

The estate was founded in the 1620s and is now the largest remaining private estate in Orkney. It has been owned by the related families of Graham, Watt, Scarth and Macrae. This longevity and continuity are recorded in over 18,000 surviving documents. This archive, augmented by public records and personal recollections, forms the basis of this fascinating history of its twelve lairds.