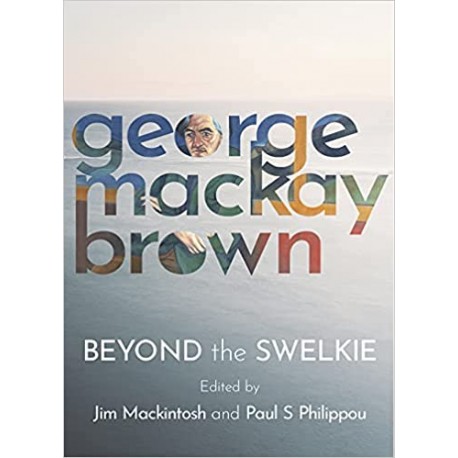 A collection of poems & writings celebrating the centenary of George Mackay Brown (1921-1996).

George Mackay Brown was an Orcadian poet and Booker Prize shortlisted writer. Drawing on island life and lore, religious culture and histories, and the minutiae of life, he produced a body of poetry and prose that established him as one of Scotland's greatest writers. Physically centered in Stromness, Brown's writing radiated far beyond his island home, achieving international acclaim. Upon his gravestone are the lines, 'Carve the runes/Then be content with silence', Beyond The Swelkie  is a break in this silence, a symphony of praise by Scotland's contemporary poets and poetical commentators. It is hoped that the reader will be inspired to seek out or revisit Brown's work.

Beyond The Swelkie is a collection of poetry, short prose and essays in English, Scots and Gaelic celebrating the centenary of George Mackay Brown. Its contributors are based in and outwith Orkney; each engages with the Makar in their own way. The contributors include many award-winning poets, as well as writers, academics, friends and family of Brown. The book is a truly marvellous smorgasbord of writing that celebrates and acknowledges Brown's contribution to twentieth-century poetry and literature, as well as entertains and informs. The book's cover incorporates the artist Alexander Moffat's celebrated portrait of George Mackay Brown.

24 other products in the same category: