> Fiction, Poetry, Folklore & Myths>The Chapel at the Edge of the World 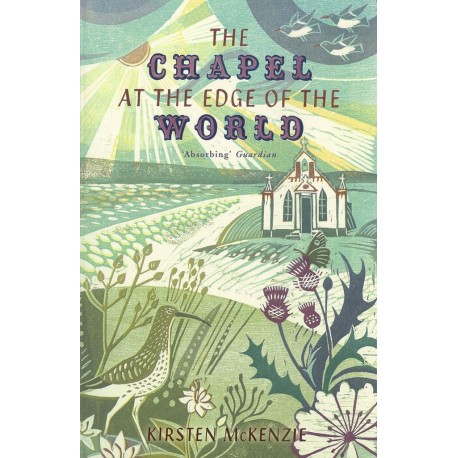 The Chapel at the Edge of the World

Kirsten McKenzie's first enthralling, moving and extraordinary novel, which is centered around the Italian Chapel.

Childhood sweethearts. Emilio and Rosa are engaged to be married. But it is 1942 and the war has taken Emilio far from Italy to a tiny Orkney island where he is a prisoner of war. Rosa must wait for him to return and help her mother run the family hotel on the shores of Lake Como.

Frustrated by his slow days as a prisoner, Emilio is inspired by the idea of building a chapel on the barren island. The prisoners band together to transform the derelict hut with little more than salvaged odds and ends. The chapel gradually takes shape out of concrete and rubble, and vivid frescoes line the walls. While Emilios chapel will remain long after the POW camp has been disbanded, will his love for Bosa survive the hardships of war and separation? For Rosa is no longer the girl he left behind. She is being drawn further into the Italian resistance movement and closer to danger, as friendships and allegiances are ever complicated by the war. Life has changed, and nothing will be the same again.

Human perseverance and resilience are at the heart of this powerful debut and the small Italian chapel remains, as it does in reality, as a symbol of these qualities.