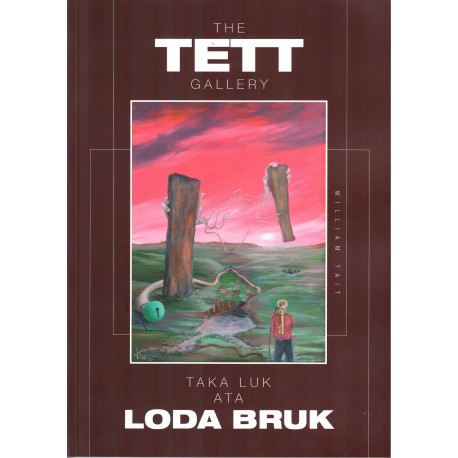 A collection of works by the late artist William Tait.

William Tait was born in 1942 in Orkney, spending his childhood in St. Mary's and moving to London at the end of the 60s with his Wife and 3 children. He did some of his finest work in his late twenties. He enjoyed visiting the various London galleries and exhibitions. He was entirely self-taught... He was influenced by the works of Dali, Magritte, Ernst, and also admired the more recent works of Kit Williams and Patrick Woodroffe. In 1980 he sent some of his works up to Orkney to be included in an exhibition at the Pier Arts Centre. He also had works permanently on display on the walls of the Athol Cafe in Kirkwall. At the time he was signing his works as Loda Bruk (load of rubbish)  - a pseudonym.

He continued painting until 1986, then his brush never touched the canvas again for almost 20 years until he retired and returned to Orkney where he started painting again.

I am often asked to explain the meanings of my paintings and to describe what they represent. The interpretation I leave to them who asked. I have to, at various times, give myself varying explanations of their surrealist nature, even though it was my hand that held the brush that applied the paint. They all represent the creation within my mind that flows on to the canvas from the imaginary cell within my brain. Towards the depth of the inner mind, streams of flowing ideas surge, penetrating deep into that subconscious utopia of my paranoiac self. Meeting those already there, they copulate urgently, the fertile ones emerging in their hundreds in search of any medium to record their birth.