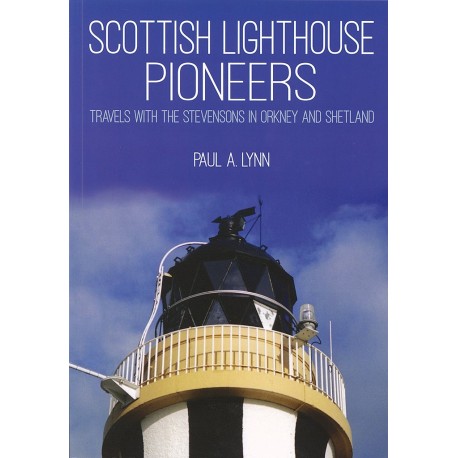 Travels with the Stevensons in Orkney and Shetland.

- Places the lives and work of the world-famous Stevenson lighthouse engineers in their social and historical context.

- A personal story about some of the most famous engineers Scotland has ever produced.

In the 19th century, the Stevenson engineers pioneered marvellous lighthouses around the coasts of Scotland - lighthouses which inspire with their architectural elegance, and speak of compassion for sailors and fishermen risking their lives in notoriously dangerous waters.

The author reveals the fascinating story of the Stevensons as family members as well as engineers - brilliant yet fallible, tough yet vulnerable, with private lives that are little known. The reader is taken to a chain of Stevenson lighthouses on the Orkney and Shetland Islands, finally travelling to Muckle Flugga, the northernmost outpost of the British Isles, a vicious rock on which David and Thomas Stevenson dared to build their 'impossible lighthouse'.