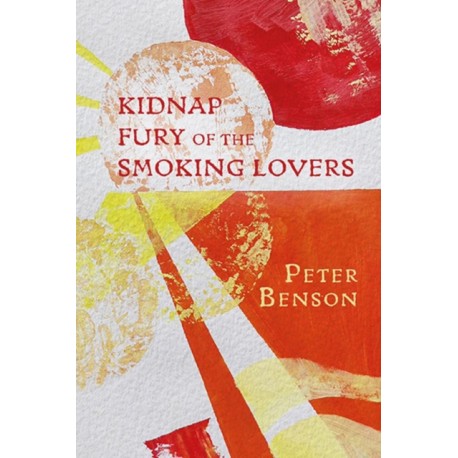 Kidnap Fury of the Smoking Lovers

Inventive, imaginative, page-turning, full of lyrical images and unexpected turns in the plot. The engaging story of three memorable characters and of unexpected love.

Author of The Stromness Dinner.

Fargo Hawkins is a gardener. He's twenty years old, and works for Harry Swaine, a butcher with a chain of shops on the south coast of England. One day, after witnessing a fight between Harry and his wife Anne, Fargo steals a car and he, Anne and a dog called Radar go on the run. They have £9,653, a bag of apples. a penknife and three bottles of wine, and are chased across the country by Harry, a firm of private detectives, and their emotions.

After a series of close calls, near misses and other adventures Anne and Fargo pitch up at a caravan site in North Wales, still pursued by Harry: their journeys have very different destinations.

Kidnap Fury of the Smoking Lovers is classic Benson: inventive, imaginative, page-turning, full of lyrical images and unexpected turns in the plot. It is the engaging story of three memorable characters and of unexpected love, and confirms his place as one of the most individual voices in modern British fiction.

Peter Benson is the author of eleven novels, and winner of the Guardian Fiction Prize, the Encore Award and the Somerset Maugham Award. He has also published short stories, screenplays and poetry, and his work has been adapted for television and radio, and translated into several languages.