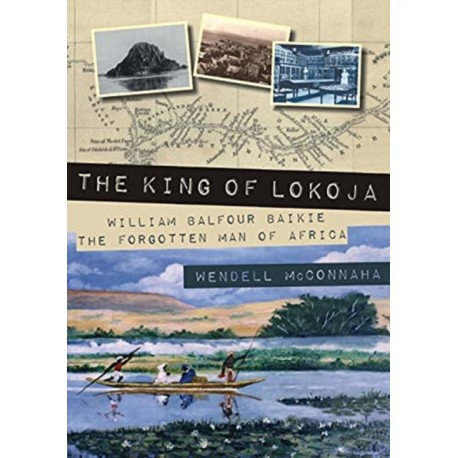 Reveals the amazing story of William Balfour Baikie, a largely forgotten explorer and naturalist who forged his way into West Africa and its history.

William Balfour Baikie was a surgeon, naturalist, linguist, writer, explorer, and government consul who played a key role in opening Africa to the Europeans. As an explorer he mapped and chartered large sections of the Niger River system as well as the overland routes from Lagos and Lokoja to the major trading centers of Kano, Timbuctu and Sokoto. As a naturalist, major beneficiaries of his work included Kew Gardens and the British Museum for the rare and undiscovered plant and animal species and yet today he remains largely unknown.

In his short life Baikie became such a hero among the Nigerian people 150 years ago that white visitors to the region today are still greeted warmly as 'Baikie'. After studying at the University of Edinburgh he was assigned tot he Royal Hospital Haslar where he worked with the noted explorers Sir John Richardson and Sir Edward Perry. Baikie's reputation as a naturalist, and the sphere of influence provided by Richardson and Perry, allowed him to enter the elite British scientific community where he also worked alongside the most famous naturalist of the time, Charles Darwin.

Although he was born 4,000 miles away in Orkney, Baikie was designated the King of Lokoja by the ruler of the Sokoto Caliphate. This book defines the man and his accomplishments and reveals how he is also fondly remembered by the Nigerians and yet apparently so totally forgotten b the rest of the world.