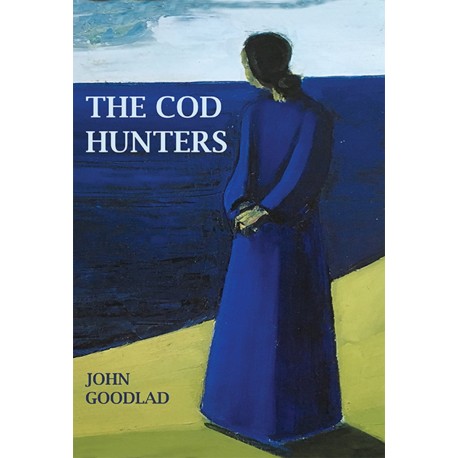 The incredible story of the Shetlanders who fished for cod around Faroe, Rockall, Iceland and Greenland.

For many years John Goodlad was the voice of the Shetland fishing industry when, as CEO of the Shetland Fishermens Association, he represented the interests of Shetland fishermen in Edinburgh, London, Brussels and beyond. He then became a fish farmer, specialising in the production of organic salmon. John now spends a lot of his time in London working for a large seafood Investment Fund. He is also a Director of several companies and advises a number of national and international fisheries organisations. John has always been interested in the history of the Shetland fishing industry and his story of the Faroe smacks is a personal and very readable account of the incredible story of the Shetlanders who fished for cod around Faroe, Rockall, Iceland and Greenland. This is no dry history of boats and fish - it is a story about ordinary people who did extraordinary things.

This is however much more than a book about Shetland and Shetlanders. The geographical scope is extensive; from the remote fjords of west Greenland to the elegant dining tables of nineteenth century London, from the fishing banks off Faroe to the best restaurants in the Basque country, from the taverns of Tarshavn to the prison cells of Lerwick. The stories of several very interesting people are told. What do a retired railway worker in New York, an embittered Fishery Officer in Lerwik, a bankrupt banker, the daughter of the famous explorer David Livingston and a Faroese Prime Minister have in common? They were all involved in some way in the story of the Shetland cod hunters.