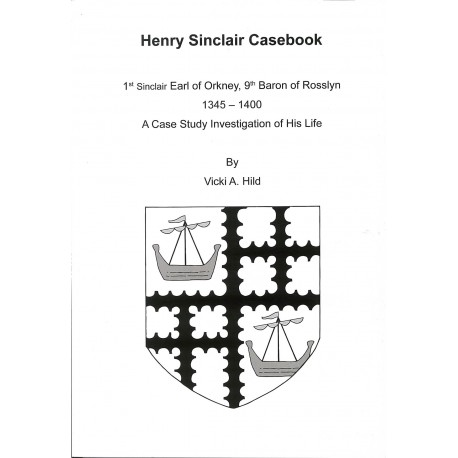 Henry I Sinclair was a minor Lowland Scottish noble, who became a trusted servant of a 'foreign' king of Scandinavia, after being installed in 1379 as Earl of Orkney, then still part of Norway's Atlantic territories. Henry was undoubtedly a man of great ability but the many titles and attributes given to him deserve scrutiny. Vicki Hild does this in a rather unconventional way,  creating a case study to test the veracity of each individual claim and building up a clearer picture of this enigmatic figure. She also touches on the controversial voyage to America, supposedly carried out by Henry a century before the time of Columbus and provides an extensive bibliography for further research.