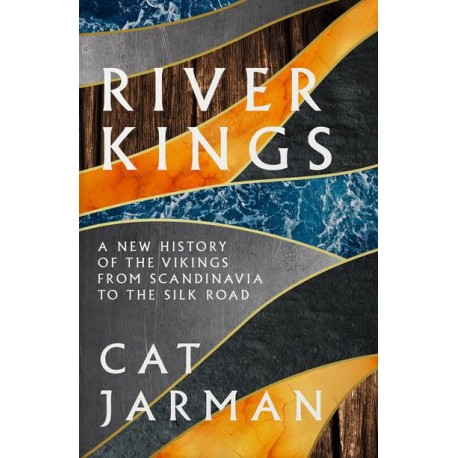 A New History Of The Vikings From Skandinavia To The Silk Roads.

Discover the world of the River Kings - and some River Queens. Follow bioarchaeologist and Viking specialist Cat Jarman - and the cutting-edge forensic techniques central to her research - as she uncovers epic stories of the Viking Age.

By analysing teeth and bones that are now over one thousand years old, Dr Cat Jarman can investigate childhood diets and thereby where a person was most likely born. Her methods allow her to determine dates of death down to a narrow range of a few years, and even discover relatives and find evidence for ancient disease. With this, her research offers new visions of the likely roles of women and children in Viking Age society.

In 2017, a carnelian bead came into her temporary possession. River Kings sees her trace its path back to eight-century Baghdad and India, discovering along the way the Vikings' expansion was far more varied than we might think, that they interacted closely with people from Eastern Europe and the Middle East, not just Scandinavia, and that this integration between the Eastern and Western worlds may well have been caused by a slave trade running through the Silk Roads, and all the way to Britain.

Told as a riveting story of Vikings and the methods we use to understand them, this is a major reassessment of the fierce, often-mythologised voyagers of the north, and of the global medieval world as we know it.

This is a major reassessment and a thrilling investigative story, revealing both the world of the Vikings and the cutting-edge forensic methods we use to understand them.