> History and Archaeology>Orkney Crofters in Crisis 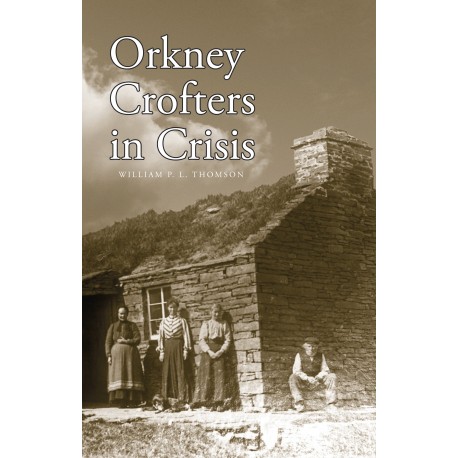 Orkney Crofters in Crisis gives an intriguing snapshot of crofting life in the county 130 years ago through evidence given to, what became known as, the Napier Commission, set up by government to probe the plight of the crofters in the Highlands and Islands. Evidence to the commission was recorded verbatim and reflects the economic and social issues of the day in a graphic and sometimes dramatic manner. In Rousay, for example, there were evictions after crofters were critical of their landlord. A potentially riotous situation developed with General Burroughs of Trumland recieving death threats.

William P.L. Thomson, OBE, MA, M.Univ., Dip.Ed., FSA Scot., is an Honarary Research Fellow at the Nordic Studies Centre, University of the Highlands and islands. He was Rector of Kirkwall Grammar School from 1971 to 1991. Previously he was Principal Teacher of History and Geography in the Anderson High School, Shetland. he is the author of several books including The New History of Orkney (2001).

William Thomson is now retired and lives in Burray.