> History and Archaeology>Kirkwall - In the footsteps of Hossack - Volume 2 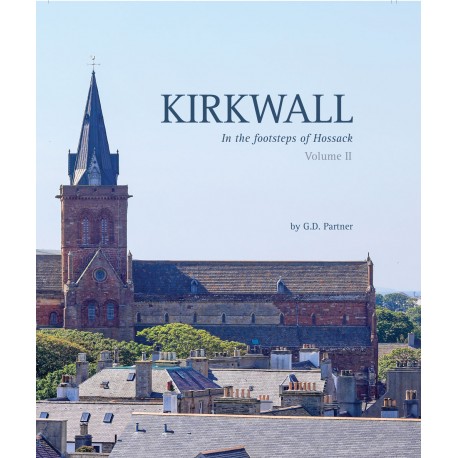 Kirkwall - In the footsteps of Hossack - Volume 2

Volume One of Kirkwall was published less than 12 months ago and is now out of print. In this, the second and final Volume, G.D. Partner charts his way around the remaining parts of the City and Royal Burgh, using the same methodology as B. H. Hossack in his classic Kirkwall in the Orkneys more than 120 years ago.

Kirkwall follows in Hossack’s footsteps and reveals the town’s development, primarily from 1900 to 2000. It describes the businesses that traded, their owners and a few of the characters that have added colour to the town’s history.