> History and Archaeology>Orkney and Shetland 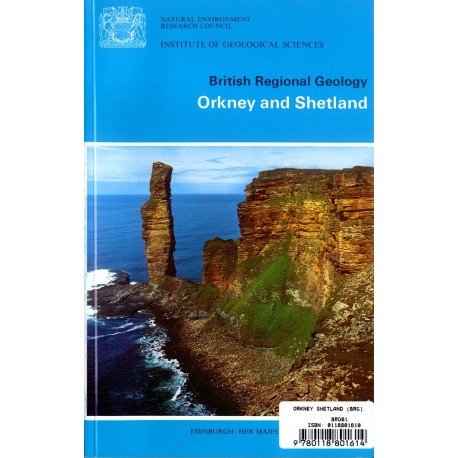 Orkney and Shetland by The Institute of Geological Sciences.

The Northern Isles of Scotland consist of the Shetland and Orkney Islands. The Shetland Isles lie about 165km NE of the Scottish mainland and about 340km W of Bergen in Norway. The island group extends for 109km from north to south, has a total land area of 1426km^2 and consists of over a hundred islands, of which 13 are inhabited.

The Orkney Islands lie about 125km SW of Shetland and are seperated from the mainland of Scotland by the Pentland Firth, which at it's narrowest is only 10km wide. They are formed by about 90 islands and skerries, of which 14 are inhabited. The total land area is 956km^2.

The two island groups have strongly contrasting physical features which reflect the difference in their geology.