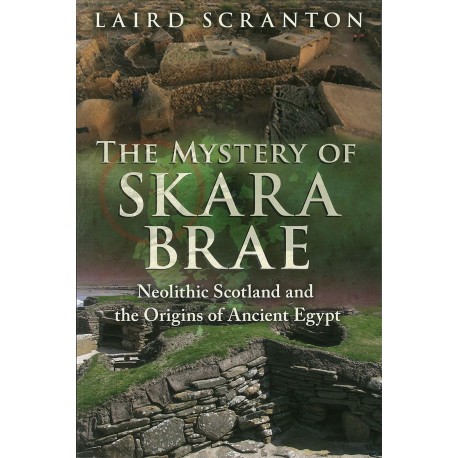 The Mystery of Skara Brae

Neolithic Scotland and the Origins of Ancient Egypt.

In 3200 BCE, Orkney Island off the coast of northern Scotland was home to a small farming village called Skara Brae. For reasons unknown, after nearly six centuries of continuous habitation, the village was abandoned around 2600 BCE and its stone structures covered over — perhaps deliberately, like the structures at Gobekli Tepe. Although now well-excavated, very little is known about the peaceful people who lived at Skara Brae, or their origins. Who were they, and where did they go?

Drawing on his in-depth knowledge of the connections between the cosmology and linguistics of Egyption, Dogon, Chinese and Vedic traditions, Laird Scranton reveals the striking similarities between Skara Brae and the Dogon on Mali, who still practice the same cosmology and traditions they once shared with pre-dynastic Egypt. He shows how the earliest Skara Brae houses match the typical Dogon stone houses as well as Schwaller de Lubicz's interpretation of the Egyptian Temple of Man at Luxor. He explains how megalithic stone sites near Skara Brae conform to Dogon cosmology, each representing sequential stages of creation as described by Dogon priests, and he details how the houses at Skara Brae also represent a concept of creation. Citing a linguistic phenomenon known as 'ultraconserved words,' the author compares words of the Faroese language at Skara Brae, a language with no known origin, with important cosmological words from Dogon and ancient Egyptian traditions, finding obvious connections and similarities.

Scranton shows how the cultivated field alongside the village of Skara Brae corresponds to the 'heavenly field' symbolism pervasive throughout many ancient cultures, such as the Field of Reeds of the ancient Egyptians and the Elysian Fields of ancient Greece. He demonstrates how Greek and Egyptian geographic descriptions of these fields are a consistent match with Orkney Island. Examining the similarities between Skara Brae and Gobekli Tepe, Scranton reveals that Skara Brae may have been a secondary centre of initiation and civilizing knowledge, a long-lost Egyptian mystery school set up millenia after Gobekli Tepe was ritually buried, and, given the timing of the site, is possibly the source of the first pharoahs and priests of ancient Egypt.