> Maritime>Mutiny On The Spanish Main 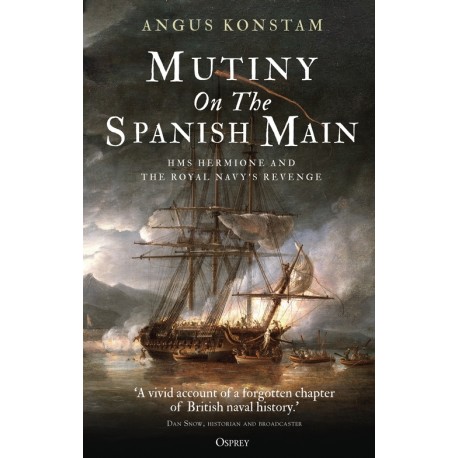 Mutiny On The Spanish Main

On the 21 September 1797, the crew of the 32 gun frigate HMS Hermione rose against their officers in the most infamous mutiny in the  history of the Royal Navy. Driven beyond reason by the cruelty of their captain, Hugh Pignot, and drunk on stolen rum, they slaughtered Pigot and nine of his officers in a frenzied night of terror, before treasonously handing over the ship to the Spanish.

Renowned author and naval historian Angus Konstam tells the full story of the bloodthirsty mutiny and its dramatic aftermath, uncovering the resulting diplomatic scandal that shook the very foundations of American political life and scarred Anglo-American relations for a generation.

Drawing on letters, reports, ships' logs, and memoirs of the period, as well as previously unpublished Spanish sources, he intertwines extensive research with a fast-paced but balanced account to create a fascinating retelling of one of the most notorious events in the history of the Royal Navy, and its extraordinary, wide-ranging aftermath.