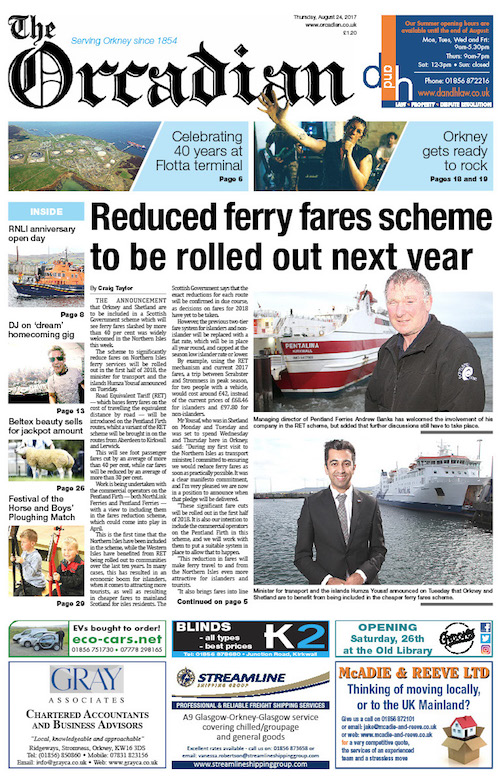 This week’s edition of The Orcadian is now available from all the usual outlets, and here.

This week’s front page features a full report on the announcement that Orkney is to benefit from a reduced ferry fares scheme from next year. The story includes the announcement, made on Tuesday, by the minister for transport and the islands Humza Yousaf, as well as reactions from local politicians and ferry company representatives.

• Lifeboats come together to celebrate 150th anniversary of the Stromness RNLI.

• A globe-trotting DJ and producer from Kirkwall, announces a home coming gig.

• A preview of the upcoming Orkney Rock Festival, featuring who is playing and where.

For all this, plus much more, pick up a copy of today’s edition of the newspaper.