Orkney Islands Council have reopened the section of Broad Street outside the Royal Bank of Scotland after the street works, which are part of the Kirkwall THI project, finished ahead of schedule.

Vehicle access to Victoria Street is now reinstated, although Tankerness Lane, and the parking spaces outside the Daily Scoop, will remain closed temporarily to allow the new paving to cure.

The council says: “We would like to thank everyone for their patience and cooperation.”

• This section of roadworks reopening has now revealed the new look area, including paved areas, and the number of bollards which are now in place at that end of Broad Street, and also at the bottom of Palace Road.

These join the bollards at the opposite end of Broad Street, on Castle Street, some of which have been repeatedly hit by vehicles since being installed, before being reinstated. 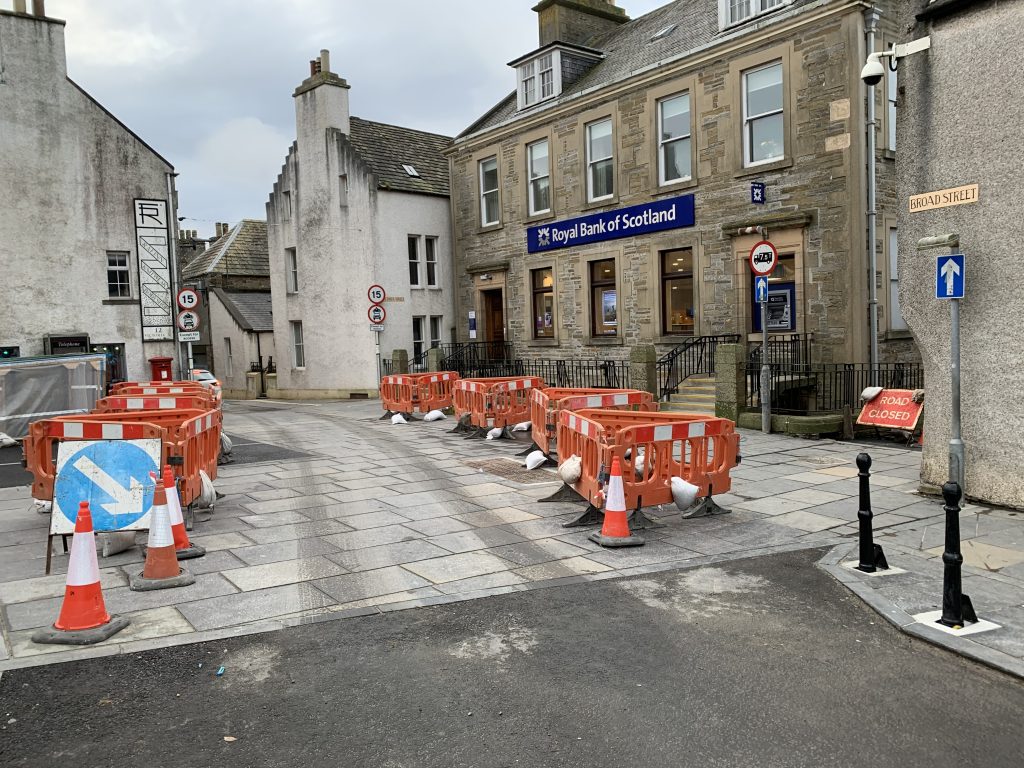 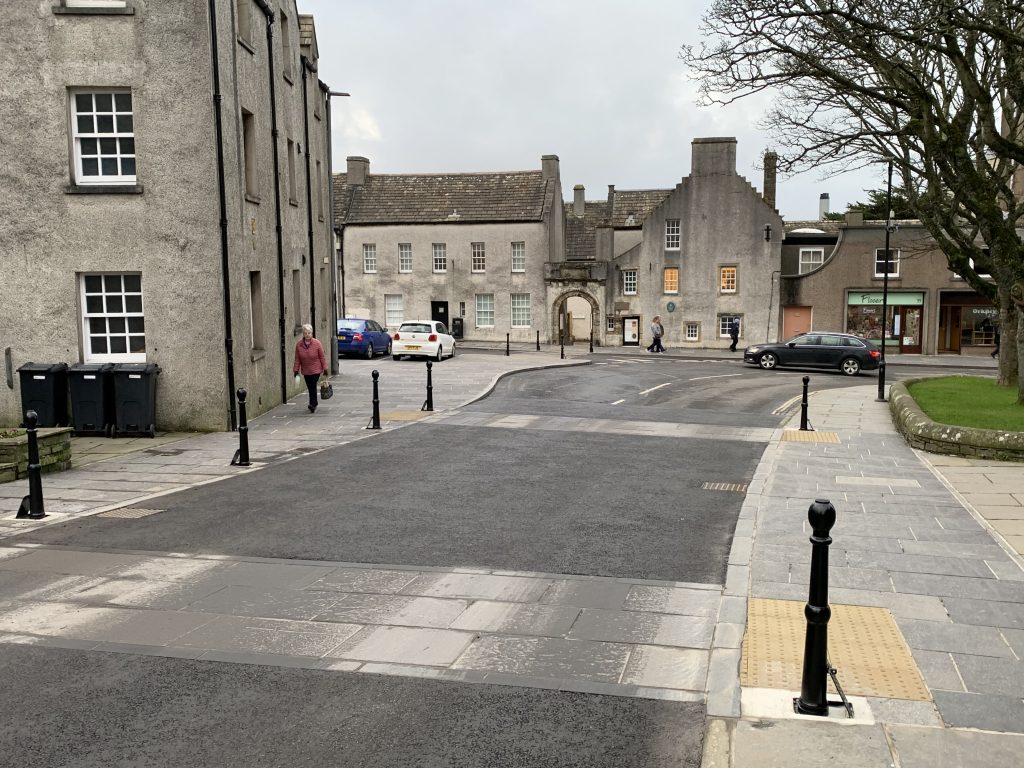 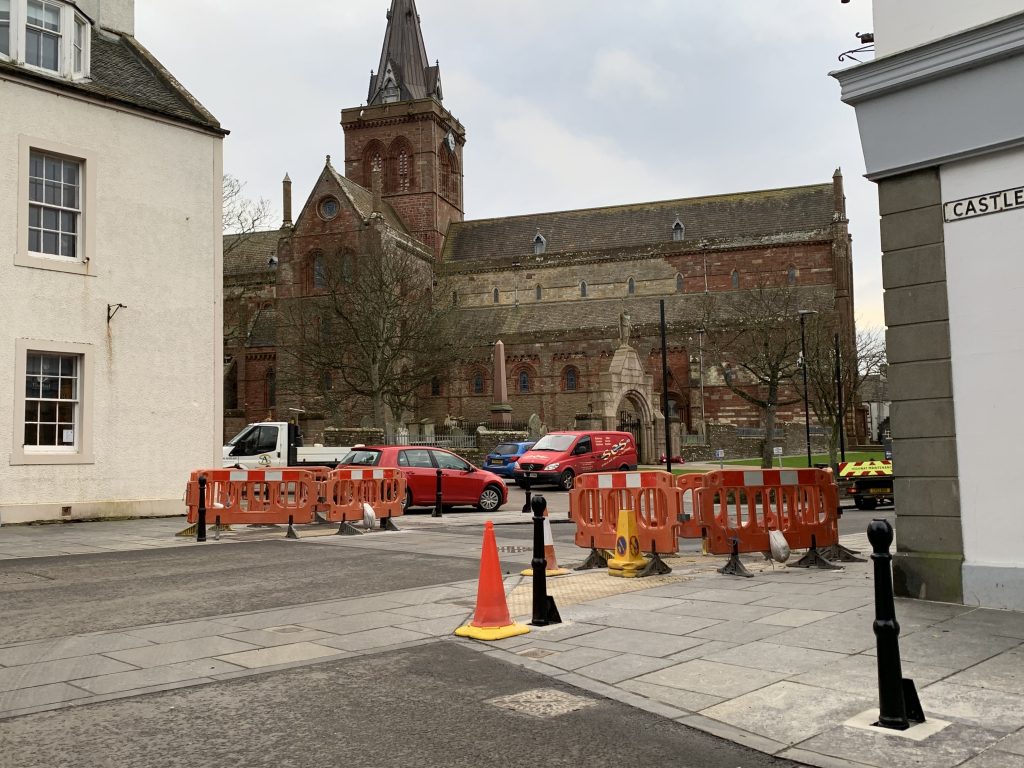 Orkney Ferries’ come on board with free sanitory products