MERCHANT Navy Day, which is held annually on September 3, in order to remember those who gave their lives during conflict, and to raise awareness of the UK’s dependence on seafarers, was marked in 0rkney this morning.

The Red Ensign flew over Kirkwall Town Hall as a service was held at Kirkwall and St Ola War Memorial at 11am, as Orkney Islands Council joined UK-wide events marking the day.

A short service at the memorial was conducted by Brian Archibald, OIC harbourmaster and head of marine services, engineering and transport.

Mr Archibald also read a message from the Earl of Wessex, president of Seafarers UK, who paid tribute to those who served and continue to serve in the merchant navy, saying “too often they are the forgotten or invisible service” adding however, that they would be remembered on this day.

The event was also attended by members of the Kirkwall Branch of the Royal British Legion, local Merchant Navy Association members, and OIC Marine Services staff.

Mr Spence said that the event was particularly poignant to him as he served in the merchant navy, having sailed with the New Zealand Shipping Company. 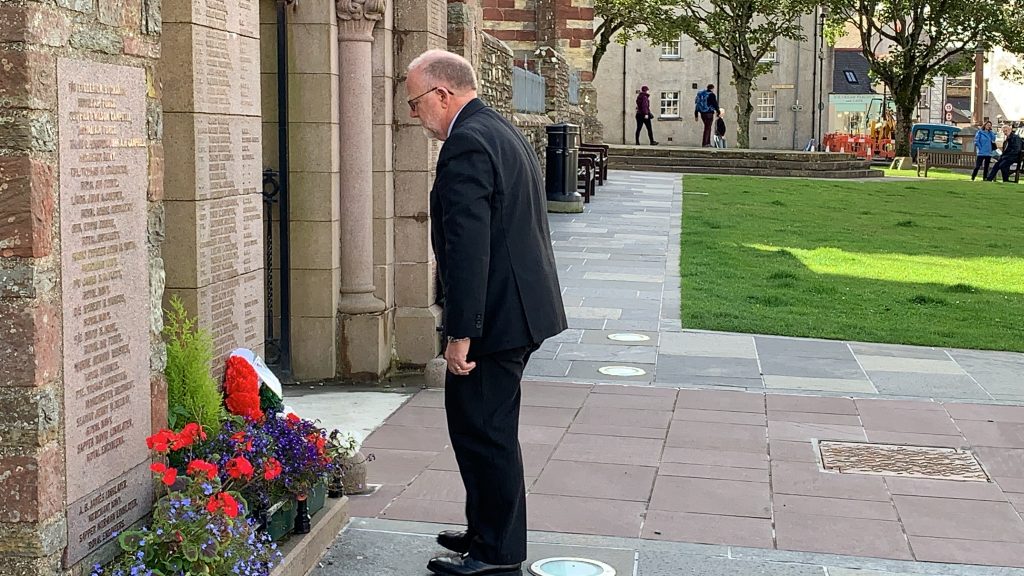 Orkney Ferries’ come on board with free sanitary products