In the early hours of March 31, 1945, 75 years ago today, a lone US Liberator bomber crashed on the outskirts of Kirkwall.

It was returning to the UK from an abortive mission to drop Norwegian special forces soldiers behind enemy lines in occupied Norway.

All but one of the eight American crew and six Norwegian servicemen on board was killed. It is the worst aviation disaster in Orkney’s history.

A stone plaque was presented five years ago by the family of Gjerulf Ottersland, one of the Norwegians who died in the crash, and a memorial was subsequently erected by Orkney Builders (Contractors) Limited as part of a housing development in the field where the plane came to rest.

It consists of a simple stone wall with the plaque inset and a cross of paving slabs. Outlying slabs mark out the size of the aircraft. Fourteen trees are planted to remember all of those who were on the flight. Orkney Islands Council agreed to name the development ‘Liberator Drive’ to remember the event.

Due to current restrictions it was impossible to hold a formal commemoration at the site today, but Norwegian Consul Leslie Burgher placed flowers there today to mark the anniversary, saying that it is hoped to mark the event again on a future date.

You can read more about the story at http://crashsiteorkney.com/b-24h-42-50331-walliwall or in Dave Earl’s book, ‘Almost Home’ which is available from William Shearer in Kirkwall amongst other outlets. 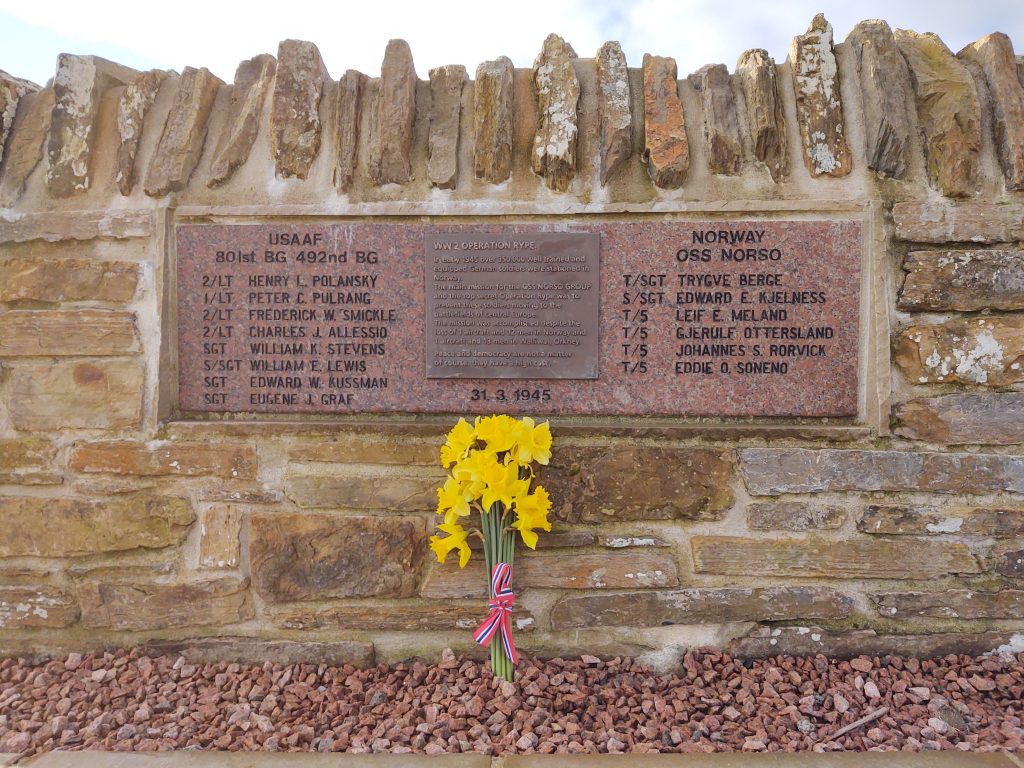