There’s a Legion of Help in Fight Against COVID-19

ADVERTORIAL: Getting your booster jab remains the best way to protect yourself and your loved ones against COVID-19 – and many of our armed forces veterans are offering their skills in the vaccine rollout.

There is a legion of volunteers, many veteran Armed Forces personnel, continuing to help with vaccines rollout.

From assisting at vaccination centres to building new health bases, planning and logistics, their contribution is key. Army, Navy and RAF Veterans, who gain transferable skills and experience from their Armed Forces work, have joined forces to fight for crucial boosters for all. Many Vets also continue to show a spirit of service, stemming from their military service to our country, offering their time to community, charity or wider public sector efforts.

Chancellor of the Duchy of Lancaster Steve Barclay said: “I thank all those veterans for this effort and remind everyone that the best defence against COVID is to get boosted now.”

‘I believe we always have that sense of service’

Since leaving the military three years ago, physiotherapist Sally has returned to the NHS to assist with the pandemic at a Nightingale facility and in the national vaccine rollout.

“As a veteran, I believe we always have that sense of service,” said Sally, who joined Royal Army Medical Corps in 1998 and served as a qualified physiotherapist throughout her 22-year career, playing a pivotal role in recovery and rehabilitation of many service personnel returning from conflicts such as Iraq and Afghanistan. 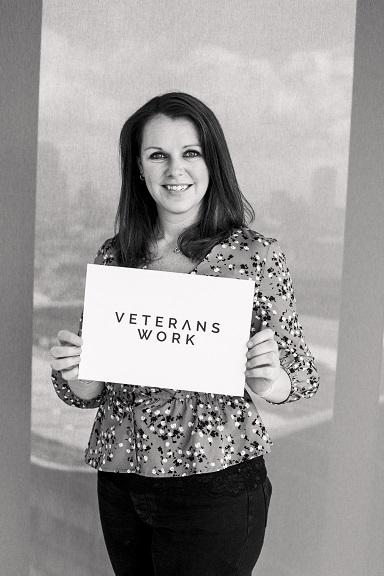 “Knowing there was a mass national effort to be able to combat the virus through the vaccine rollout, I didn’t hesitate to get involved.

“A further benefit of volunteering is it has really helped maintain my mental well-being as it prevents me from being isolated.”

Sally trained in giving people their jabs and administrative duties involved on the rollout. Through her work at a Nightingale hospital, she has seen first-hand the devastation and grief COVID-19 has caused.

“If you are hesitant about getting the vaccine it is still worth going to your local vaccine walk-in centre, where everything will be explained to you.

“You will be able to ask any questions and be given answers in a language you understand rather than lots of medical jargon,” assured the National Ambassador for the Army Cadet Force.

Well known for her endurance challenges, including running 70 marathons across the world, dressed as pieces of fruit, Sally has raised more than £500,000. 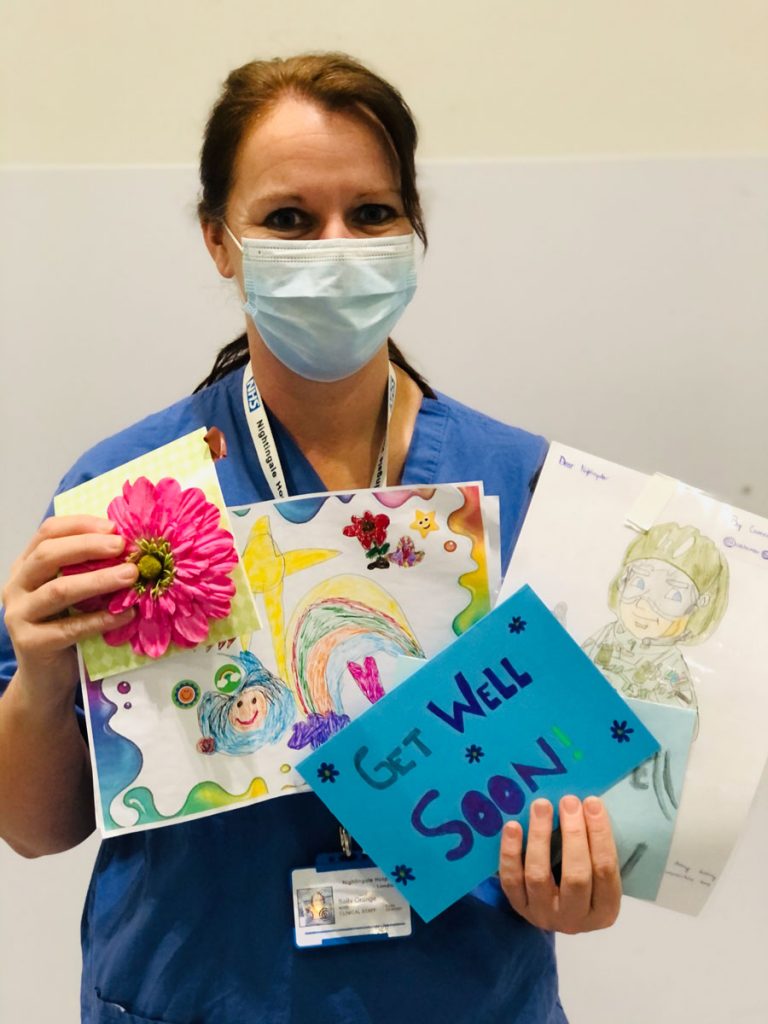 Every adult needs to get a COVID-19 booster vaccine, because two doses of the vaccine do not give enough protection against catching the Omicron variant.

Check your eligibility and find out how to book at nhs.uk/covidvaccination 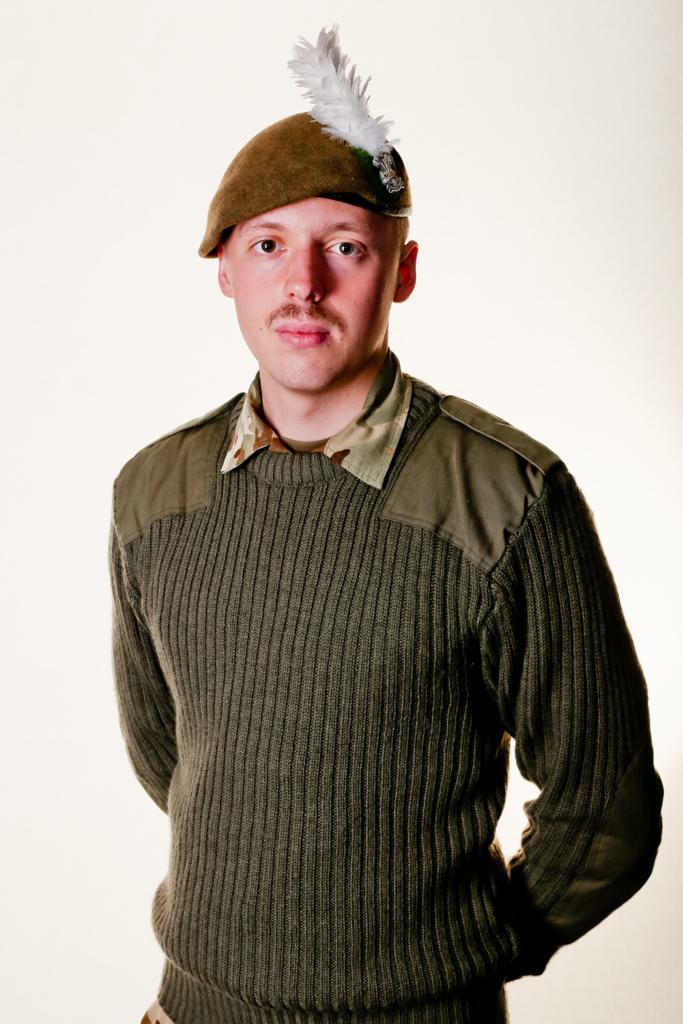 A sense of duty drove Alex Turnbull to “enlist” in the vaccine rollout programme. A reservist in the 3rd Battalion Royal Welsh for six years, Alex has been responsible for overseeing mobile PCR testing units across Scotland.

“I’ve also been on the frontline to explain the testing process to members of the public. More recently, I’ve been managing the military support to the Scottish Ambulance Service,” he said.

“You’re always ready to jump in when required. Given COVID is such a big issue I was more than happy to get behind the cause. I felt a sense of duty.”

“Getting the booster is part of learning to live with the virus and part of getting our lives back to some sort of normal.”

His role has involved transporting ambulance drivers from one station to another, no matter what the circumstance and his military experience is invaluable in this instance.

“Even when there’s been thick snow and ice on the ground, we’ve always done the job (assuming it was safe to do so) – and got ambulance drivers to their stations on time.

“We all share a sense of duty and a service ethos. We all want to get the job done.”

‘We have the ability to turn on a sixpence’

Squadron Leader Rebecca Dennett’s 12 years with the RAF stood her in great stead for her role in the vaccination rollout.

“We have a lot of transferable skills and useful experience, especially the ability to turn on a sixpence,” said Rebecca, an intensive care nurse before joining the service.

“The vaccination programme was working in a space where the science was still rolling out the answers and the military are trained to work in constantly evolving situations,” she said.

In the RAF, she worked in medical evacuation as a critical care nurse. “That meant I was an intensive care nurse in the air, which requires a very specific focus and resilience, which could be put to good use in the vaccination programme.”

Deputy director of the Flu and COVID Vaccination Programme for NHS England and NHS Improvement East of England, Rebecca manages a 50-strong team including other Veterans.

“The team knows what a difference the booster jabs make and have responded with an amazing effort in providing the booster over December – one day we provided 104,000 doses,” she continued.

“The public response has been incredible. More than eight in ten people who are eligible have now received their top-up protection.

“We have to remember those who want it but have busy lives and haven’t fitted it in yet, so we are there for them, pushing it out and providing outreach.”

A skillset the country can use

After 25 years in the Navy and Royal Marines, Jake Wade transferred to Royal Army Medical Corps to be “specifically involved in secondary health care and mental health support”.

With Gulf War, Kurdistan and Kosovo service behind him, he joined the NHS in 2019 to oversee control and distribution of Personal Protective Equipment.

“My logistics knowledge came to the fore to make sure community midwives and health visitors had the PPE they needed,” he explained.

“In some cases the job entailed me going out, doing the deliveries myself in the van! There just wasn’t anybody there to do it. You felt as though you were making a real difference.”

Jake then helped establish the Regional Vaccination Operational Cell in East Midlands before becoming Deputy Program Lead for Assurance, Improvement and Strategy. “The benefits of having ex-service people on the team is they’ve come through leadership training and management training as part of the routine.”

And, on Veterans stepping up, he added: “You’ve got a group of people who drop everything as soon as they’re asked, regardless of what their family commitment might be, and go and do the job. I don’t think there is a better resource for the country to draw upon.

“The retired individuals have a skillset that the country can use. When you retire from the military you don’t stop everything you’re doing. It doesn’t mean you can’t still use that expertise to volunteer.” 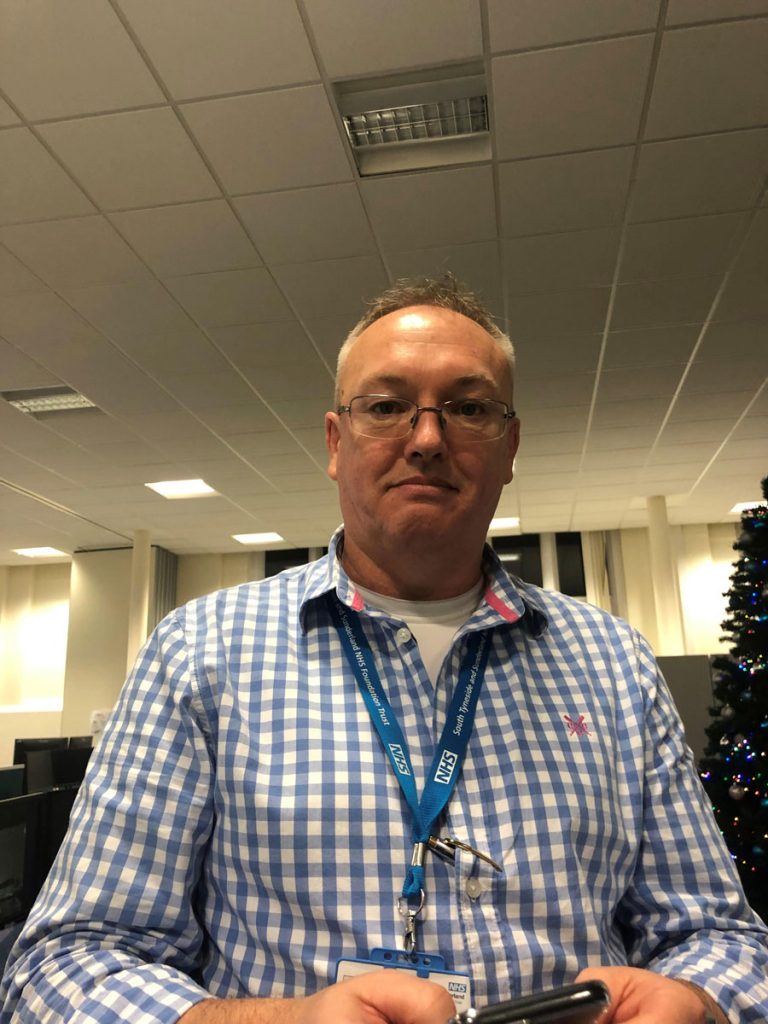