> History>Scapa Flow & War in Orkney>The Man Who Bought a Navy: The Story of the World's Greatest Salvage Achievement at Scapa Flow 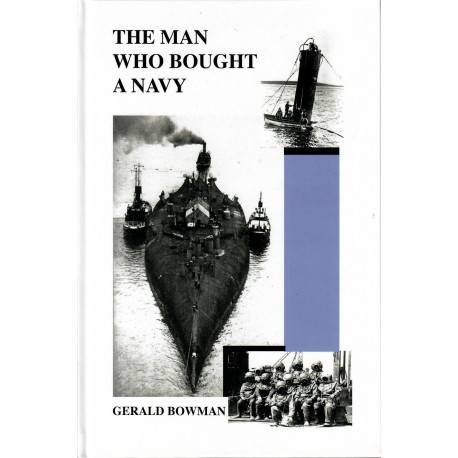 The Man Who Bought a Navy: The Story of the World's Greatest Salvage Achievement at Scapa Flow

The story of what is regarded as the greatest achievement in the history of marine salvage.

Pieced together after much research and told for the first time in this biography is the astounding story of what is regarded as the greatest achievement in the history of marine salvage - the raising of the German fleet at Scapa Flow.

When the Germans sank their surrendered navy at Scapa Flow after the First World War, top salvage experts were agreed that the work of recovering the ships was a near-impossibility.

Engineer Ernest Cox was the one man who defied their prediction. In 1924 he decided to buy the scuttled fleet from the Admiralty, gambling his entire personal fortune on the colossal task of raising the German ships. Cox was a natural-born engineering genius, and though he had never before salvaged even a rowing boat, the fanatical energy and tireless concentration with which he worked during the next eight years achieved staggering results.

His methods were unorthodox. He lifted ships that were lying upside down, turned them the right way up, and pumped them dry. When this was impossible, he had patched clamped over every opening in the capsized hull and pumped compressed air in them until they rose to the surface.

Inevitably, there were disasters. Oil-vapor explosions occurred in which men were working over 60 feet below the surface; chains and heavy gear broke; re-floated ships sank suddenly when corroded bulkheads collapsed. Yet Cox not only weathered these hazards but also succeeded in raising six vessels in fourteen days, a record, and recovered the battleship Hindenberg, the biggest ship ever raised in history.