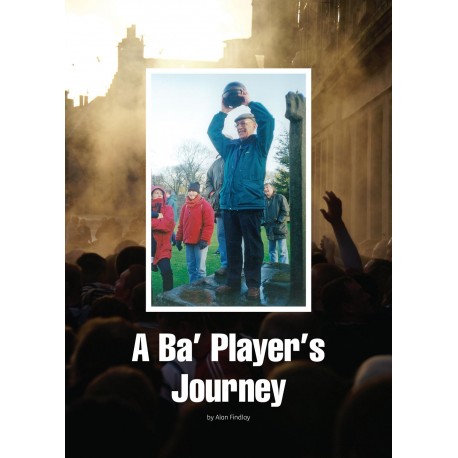 Alan Findlay's story of his journey as a Ba' player, as interviewed by Robert Leslie and with photographs.

"...An attempt to do what no Ba' player has done before, that is to report on their memories of their own involvement in the game. Alan played in the Boy's Ba' from the age of seven, and was awarded a ba' on New Year's Day 1956.

Throughout this story of his journey as a Ba' player, Alan captures emotions which many players and others who are closely associated with the game can associate with. Particularly, he talks of the camaraderie and friendships between players - Ba' players across the board, both Uppies and Doonies.

I am confident this story will appeal not only to past and present Ba' players but to family members and spectators too, as it gives an understanding of what it means to be a Ba' player"

From the Foreword by Jim Cromarty, member of the Ba' Committee.