> Orkney Life and People>The Little General and the Rousay Crofters 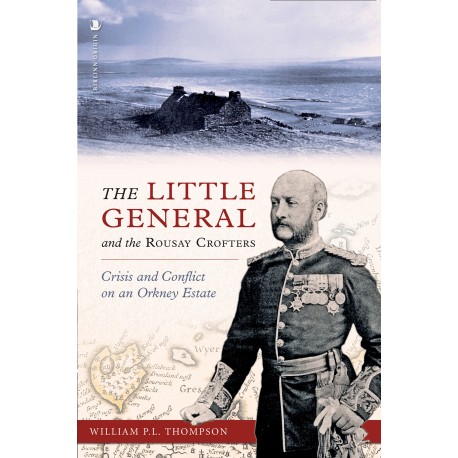 The Little General and the Rousay Crofters

Crisis and conflict on an Orkney estate.

The brutal clearances which changed the face of much of rural Scotland in the eighteenth and nineteenth centuries are most often associated with the Highlands. However, one of the most dramatic conflicts between tenant and landowner took place on the small Orcadian island of Rousay. When members of the Royal Commission tasked with assessing the conditions of tenant crofters arrived there, the island's owner, General William Frederick Traill-Burroughs, threatened to evict any islander who gave evidence. As tension mounted, a gunboat arrived to keep the peace, and it was only the belated passing of the Crofters Act of 1886 and a special Act of Parliament directed specifically against the general that saved the islanders.

This is the dramatic story of these events. At the end of it, Burroughs, once lauded as a national hero who had seen military action in Crimea and India, emerges as a much more complex and human figure than history has previously painted him.