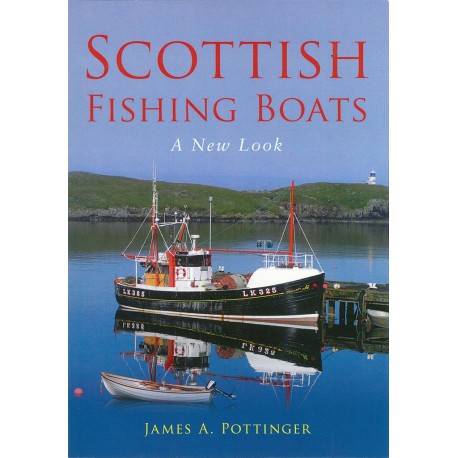 Scottish Fishing Boats: A New Look. A companion to his successful first book.

James Pottinger's new volume Scottish Fishing Boats: A New Look looks farth  er afield and covers the fishing history of the areas of north east Scotland, the west coast and Shetland. Topics covered include miscellaneous types from today and the past, pursers, smaller craft,visiting boats and boats which were lost to sea or have been scrapped. A number of older boats are included to illustrate shapes and designs, which are often held to retain a measure of character and indiviuality, perhaps not as prevalent today.

Touching on some of the changes in boat types and fishing methods, as well as changes and developments in design and catching methods, this second selection of images - many previously unpublished - fills in the gaps in Scotland's fishing history and brings the story of Sctland's fishing boats up to date.

19 other products in the same category: