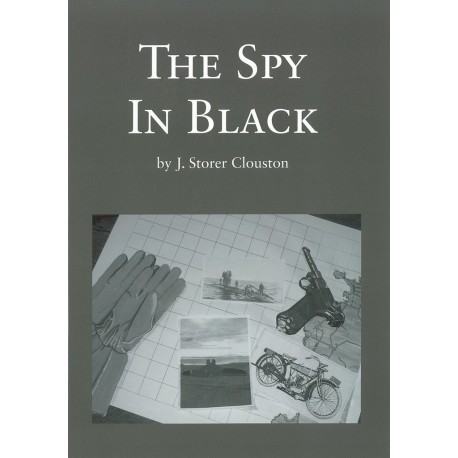 The Spy in Black was first published in 1917. This new hardback edition intends to do more than bring the story to a new audience.

Thousands of men on both sides are dying on the deadlocked battlefields of the Western Front. The war at sea is also a stalemate.

A daring plot is hatched to cripple the British Fleet, based in Scapa Flow, Orkney, and allow the German Grand Fleet full domination of the Sea.

A U-boat officer lands in Orkney to rendezvous with a traitor willing to hand over top secret information which could spell disaster for the British Navy once in the hands of U-Boat Command.

The Spy in Black by J Storer Clouston was first published in 1917. This highly successful novel later became the basis of the acclaimed 1939 film of the same name.

This new hardback edition intends to do more than bring The Spy in Black to a new audience. It will offer an insight into author J Storer Clouston’s importance as a successful writer of fiction and historian as well as examine the state of the world in 1917 when the book was first published and compare it to when the film was released in 1939.

It will also offer a solution the hidden place names in the book, changed due to it being wartime. The book will have a map of Orkney and a selection of photographs of the period plus a full bibliography of Clouston’s work.