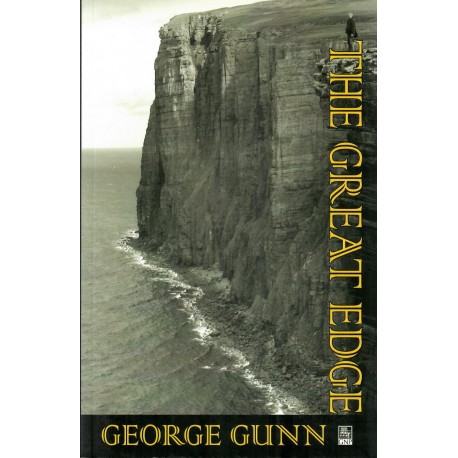 ...brings together lives - ancient and modern - on the northern plateau where Scotland stops and starts, where history and myth fuel everyday reality, and where nothing is as it seems.

When an archaeologist comes to Caithness to research an early Christian chapel, she must reckon with a crisis that is global and contemporary as well as local and ancient. Adopted by Fracher, a retired roughneck and local fisherman, Mags is spun into a galaxy of characters and events that force her to a profound understanding of the relationship between Past, Present and Future. Meanwhile, in 21st-century Atomic City, the decommissioning of a nuclear icon brings several dreams to an end.

The Great Edge is a story of science, engineering and geology; of Picts and irish monks, Norse mythology, and Celtic civilisation. Through the eyes of a Norse skald, we begin to see there is little in the 21st century that hasn't been experienced before. As we witness global warming and Arctic ice-melt, are we all waiting for the wave? In The Great Edge the wave duly arrives.

George Gunn was born in Thurso in 1956 where he still lives. He has been a deep-sea fisherman, a driller for oil in the North Sea, a journalist, playwright and poet. He was previously the writer-in-residence for Orkney Islands Council.