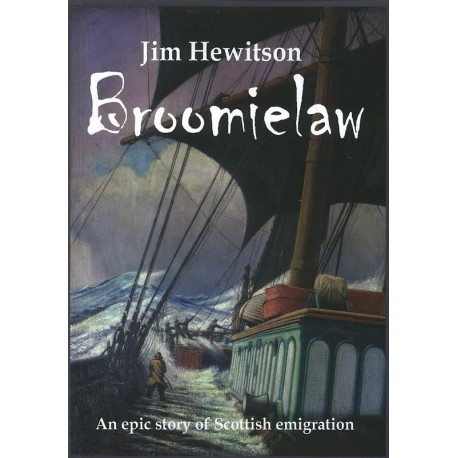 An epic story of Scottish emigration.

Caught between two worlds on an unforgiving ocean a group of 19th century Scottish emigrants face ghosts from their pasts and fear and uncertainty over the future.

'In the summer of 2013 my eldest daughter Lindsey with her boys Innes and Andrew and her husband Alan, emigrated to Perth in Western Australia. One day they were in Scotland, the next they were ten thousand miles away at the other end of the world. For me, at that moment, the sheer immensity of the emigration journey made by many thousand Scots under sail during the 19th century suddenly came sharply into focus.

In the 1990s I wrote two companion volumes cataloguing thousands of stories of Scots emigrants to the United States and Australasia. The bravery, resilience and initiative of these people form perhaps the greatest testimonial to the character of the ordinary Scot and provides the inspiration for the plot of this novel.

The Broomielaw characters are all fictitious but the brave Scots I encountered in families histories, letters and academic works, provide the template for the people who populate my novel. While this is a work of fiction I have tried to portray shipboard life as accurately as possible.