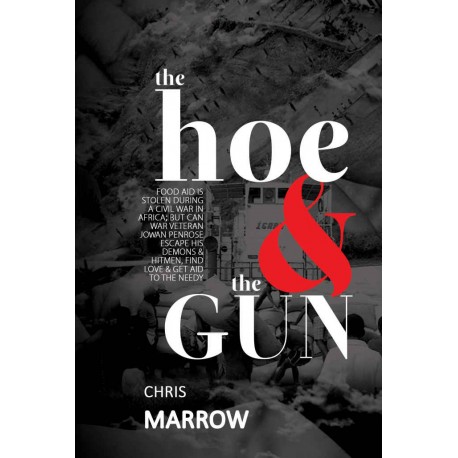 The Hoe and the Gun

Food aid is stolen during a civil war in Africa; but can war veteran Jowan Penrose escape his demons and hitmen, find love and get aid to the needy.

An Explosive Thriller.......
Falklands War veteran, Jowan Penrose, is suffering from PTSD, but has landed his dream job in war torn Mozambique.
There he has met the beautiful Maria, who is fighting her own demons.
He stumbles upon a major crime and is a marked man. Can he escape the killers who are after him to keep him quiet?
Follow the chase through remote and little-known areas.
BUT IS IT FACT OR FICTION?
Were warriors really vaccinated against weapons?
Was there a nationwide conspiracy?
Chris Marrow lives in the southwest of the UK but lived in Orkney for many years where he founded a new concept of inter-island ferries and re-established the long dead route between Orkney and Shetland.