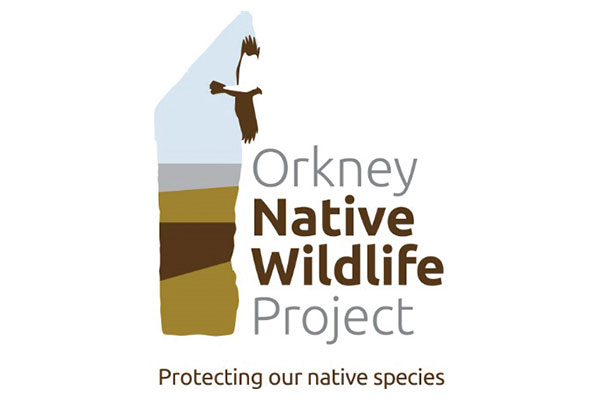 That’s the challenge being set to school bairns across the county, as the Orkney Native Wildlife Project and the Orkney International Science Festival team up to launch a brand new writing competition.

Pupils are being asked to create a piece of writing with a focus on Orkney’s very special native wildlife. But there’s a twist — writers must use Orkney dialect within their piece.
Taking inspiration from Robert Macfarlane’s project, The Lost Words, the competition will celebrate some commonly used and ‘lost’ Orkney words.

You could write a poem about the striking red feet of the black guillemot, known in Orkney as a tystie; a story about the misunderstood brute of the sky the great skua, known in these parts as a bonxie. You could create a song celebrating the majestic and powerful king of the sea, the orca; or you could focus on the threats faced by our native wildlife.

Using the Orcadian dialect is a must with extra credit going to those who use lesser known, nearly lost words. If you would rather perform your piece than putting pen to paper that’s no problem at all, you can send in videos — the more creative the better!

The competition, with a chance to win a £40 voucher and a pack from the RSPB and a book on Orkney’s wildlife, is open to both primary and secondary school pupils.
There are a number of categories you can apply for – individual primary school pupil, individual secondary school pupil, prize for an Orkney school and a group award.
Under-18 entries must come from a school e-mail address or using teacher’s email id. All entries must be submitted by Friday, October 29, using this Entry Form.
You can send in a written piece, which must not be any longer the 500 words using https://wetransfer.com/.
To find out how to get your WeTransfer link, check this website for details: How do I send a link transfer?
Alternatively you can post it to FAO Holly Peek, Education Officer, Orkney Native Wildlife Project, H24 Garrison Road, Hatston, Kirkwall, Orkney, KW15 1GN.
In case of performance, the video must be no longer than four minutes. Upload the video onto https://wetransfer.com/ and submit the link your entry form.
If you have any further questions about the competition, you can get in touch with Holly Peek from Orkney Native Wildlife Trust on holly.peek@rspb.org.uk

Storm Malik to move in and bring strong gusts

Sporting achievement to be celebrated at awards ceremony