In the absence of Orkney’s agricultural shows this year, The Orcadian has decided to have a bit of fun and pit some of the supreme champions from the County Show against each other in knockout competitions.

Each of these champion animals is being entered into our competition based on images and information from the year the won the County Show. While many of these animals went on to be sold after their moment of triumph, for the purposes of our contest we’ll be acting as if the exhibitors at the time had entered them into our competition.

We have three excellent judges who have agreed to look over the cattle, sheep and horse sections for us. For more information on the judges, go to the “categories” at the bottom of this page.

The judges have no easy task, as they have had to judge the animals using only one picture per animal.

We will also holding a public vote over the week where you can nominate your choice for the best animal in each section. Will your choice match the judges?

Match-ups and the winners will be posted daily over the week that each of the competitions run. The cattle and sheep sections will run from Saturday, August 1, which would have been East Mainland Show day. The final choice from the cattle and sheep judges will be posted at 5.30pm on Saturday, August  8, which would have been County Show day. We will also announce the results of the public vote that day. The following week, from Sunday August 9 until the following Saturday, will see the horses have their turn.

Prizes will be also be given, as Serco NorthLink, Birsay Farmers Ltd and Casey Construction Ltd, have kindly agreed to sponsor the cattle, sheep and horse sections, respectively. £100 in cash or vouchers to that value will be given to both the judges’ top choice as well as the winner of the public vote in each section.

Each year Orkney’s agricultural shows see the county’s best cattle, sheep, horses, poultry, goats, dogs and pets compete against each other, under the scrutiny of judges.

Using pictures and information from past shows we decided to put together cattle and sheep sections made up of past champions of the County Show. Click on the buttons below for information on each the animals in our competition and to vote for the one you think should be named the champion of champions. 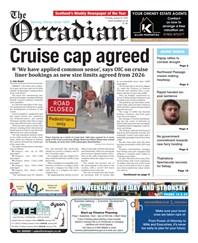 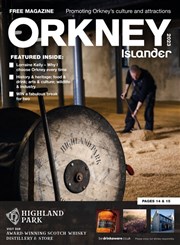