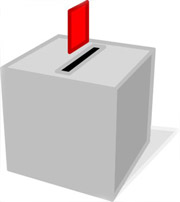 General Election day is here, and the polls are now open across Orkney for you to cast your vote.

Polling stations will be open until 10pm, this evening, Thursday.

The count will be held at Kirkwall Grammar School, with the first set of ballots due to be counted shortly after 10pm and a result anticipated between 5am and 6am on Friday.