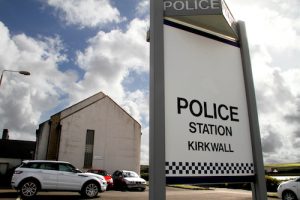 A tweet by Orkney Police yesterday revealed that a man who contacted them about lost property then apologised for the smell of drugs in his house, drugs which were then allegedly found on a table in the house.

Police confirmed that as a result of the incident, a man will be reported for an alleged drugs offence.

Police ended the tweet with the cheeky hashtag #ItsCalledDopeForAReason.

A police spokesman said today: “We can confirm a 22-year-old man has been charged with drug offences after a personal quantity of cannabis was recovered from a house in Kirkwall on the evening of Wednesday, 6 November. A report will be submitted to the Procurator Fiscal.”

“Anyone with information or concerns about drugs in their community can contact police on 101, or Crimestoppers anonymously on 0800 555 111.”