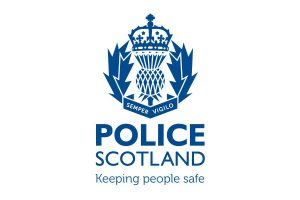 Police have confirmed that a man has been arrested, and they are appealing for information, following reports on Monday that a serious sexual assault on a woman had allegedly taken place in Kirkwall town centre.

Monday morning saw a police cordon set up round the area at the car park at the back of the Brig Larder building, as well as across the lane at the side of the building, with police officers, a police van and later a car in attendance.

Police have said the reported incident, involving a woman in her 40s, allegedly happened between 11.30pm on Sunday and 1am the following morning.

Police have also reported that a 53-year-old man has been arrested in connection with the incident and extensive enquiries are ongoing, in the Bridge Street and Albert Street areas of the town.

Officers are now appealing to the public, asking for any information which could assist enquiries.

Detective inspector Donald Macdonald of the Divisional Rape Investigation Unit said: “I would urge anyone who was in Kirkwall town centre on Sunday night or the early hours of Monday morning to cast their minds back and let us know if you believe you have seen anything suspicious.

“It may well be something which seemed of little consequence at the time but I would ask that you let us make that judgement. It may well be of assistance. We have been carrying out significant enquiries to establish the full circumstances, including thorough analysis of available CCTV footage.”

Inspector Keith Bendall of the local policing team in Orkney added: “Incidents such as this are extremely rare in our islands and it is understandable that there may be some concern in the community.

“I would reassure people that Police Scotland take reports of crime like this extremely seriously and every line of enquiry is being followed up by local and specialist officers to establish the full circumstances. I would also reiterate that it is vitally important that anyone with information which could help the investigation comes forward as soon as you possibly can.”

Anyone with information can contact Police Scotland by calling 101, quoting reference NK267/19. Alternatively, members of the public can also call Crimestoppers on 0800 555 111 to pass information anonymously.

Large-scale green hydrogen system to be trialled in Orkney