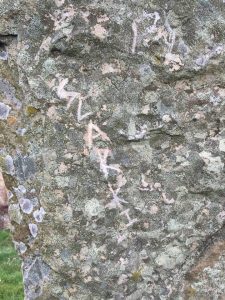 POLICE appealing for information following damage caused to a standing stone at the Ring of Brodgar.

The damage consists of graffiti which has been engraved into one of the stones at the Neolithic site.

It is believed to have been caused sometime between Friday afternoon, April 5 and Sunday morning, April 7.

Officers are carrying out enquiries and are urging anyone with information to come forward.

Inspector David Hall said: “The stones at the Ring of Brodgar are priceless historical artefacts and the damage caused cannot simply be estimated in monetary terms.

“For someone to damage them in this way is a particularly mindless act.

“I would urge anyone who has visited the area over the last weekend to think back and if they believe they may have seen something suspicious, even if it didn’t seem of much note at the time, to let us know.

“We would also would urge the public to continue to be vigilant at this site and report anything which could be of interest to police immediately.”