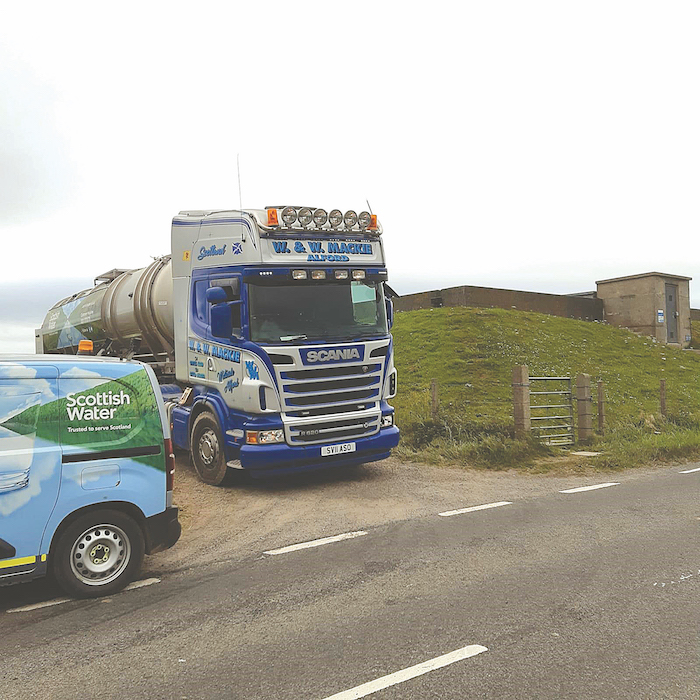 Scottish Water has thanked communities across Orkney for responding to its call for customers to use water efficiently.
A statement from Scottish Water read: “The response from customers over last weekend made a real difference in helping drinking water storage tanks to be sustained.
“However, with dry conditions continuing and demand across the county remaining higher than normal for the time of year, tankers are continuing to play a key role in maintaining supplies.”
Across Scotland, the publicly-owned water company has had to produce more than 200 million litres of extra water per day to maintain normal supplies – equivalent to filling 100 Olympic-sized swimming pools or running 2.4 million baths.
They are asking customers in Orkney to continue supporting the efforts of its local team – and particularly to:
• Use a watering can instead of a garden hose, because hoses and sprinklers can use about 1000 litres per hour – more than the equivalent of 12 baths
• Avoid use of jet washers, which use an average of 36 litres of water
• Don’t use paddling pools, which use an average of 400 litres of water (if pools are used, try quarter-filling them and then re-using the water in your garden afterwards)
• Turn the tap off when brushing teeth
• Use washing machines and dishwashers only when fully loaded
The areas of the county seeing the greatest pressure continue to be in Kirkwall, the East Mainland and down to South Ronaldsay, although tankers were also used to supplement a water storage tank serving Stromness at the weekend which has since recovered.